HomeNewsCarers Week ‘Gets Carers Connected’ During a Week of Events

Last week was Carers Week and Carer Support Wiltshire ran a number of events over the 7 days aimed at celebrating and supporting those who look after friends and family members.

We started the week at Savernake Hospital in Marlborough, where new carer services are being launched in conjunction with Wiltshire Health and Care – including a regularly monthly carers cafe, carers information service and carers passport scheme. Staff and volunteers were on hand to serve refreshments and there were delicious cakes, taster reiki sessions and live music. 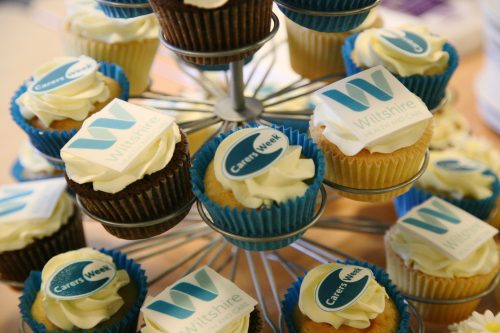 On Wednesday the same services were launched at Warminster Hospital and on Friday it was on to Chippenham Hospital. We spoke to lots of lovely carers and hope they got some useful information and enjoyed some time out too. 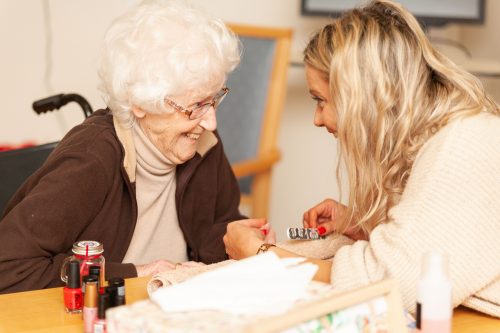 The lovely Ellie did make up and nails for carers in Chippenham. 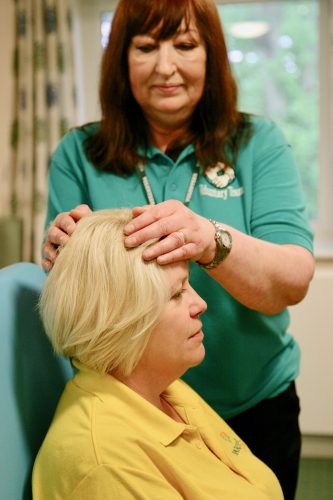 Angela Mordekhai is a carer who regularly donates her time to the community hospitals. She gave carers some relaxing 15 minute therapies.

Tuesday saw the trial launch of a new carer café held at The Swan Hotel, Bradford on Avon, which was attended by around 20 carers – a superb turnout so we hope to make the cafe a regular one. Similar cafés took place on Wednesday in Boscombe and Thursday at Amesbury for military families as part of CSW’s Courage to Care scheme. 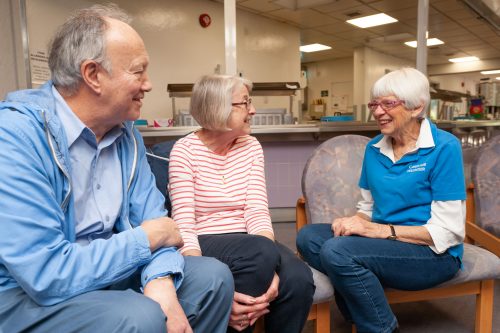 On Saturday CSW reached out to carers at Devizes Health and Wellbeing Day held at the Small Green and we were at Grounded in Chippenham for a regular monthly café specifically for young adult carers.

Thanks to everyone who helped at and attended an event during Carers Week. The theme for this year was ‘Getting Carers Connected’ and we hope to have reached out and connected with many carers over the week as well as putting them in touch with other carers and local services that can support them.