My wife Anna has a Functional Neurological Disorder (FND), which means her brain struggles to control her body. FND is a very broad and strange thing. Not much is known about it or its progression.

Her initial, less concerning, symptoms began around 15 years ago – like not being able to let go of a mug she was holding – but her condition got more serious about six years ago. She was a teacher and lost her voice over Christmas. That wasn’t unusual, but her voice didn’t come back until late March. Speech therapy got her talking again and she was diagnosed with FND.

My caring role is one that’s increased over time. I haven’t been plunged into hot water; I’ve been placed in cold water and the heat has been gradually turned up. I’m used to how things are. People who have known Anna and haven’t seen her for a while can be shocked by her deterioration, but it’s something that has happened slowly.

Anna has seizures, usually three or four a week. A loud noise out of the blue can trigger one of these. If a plate drops onto the floor, it can take her about 45 minutes to regain full control of her body, with the seizure itself lasting anything from 30 seconds to five minutes.

We went to the seaside a couple of weeks ago to meet family. Some days we can sit down and Anna is alright again – she’s calm and content and almost back to herself. It comes and it goes, but we’ve only got a certain amount of time before she needs to get home to a quiet place. We were going back to the car and a lorry suddenly starts reversing and making a loud beeping noise. It caused Anna to totally freeze – she couldn’t move. It’s not a big deal for me, I’m in it all of the time, but her parents were really worried.

There can be a lot of frustration for both of us. In the morning Anna can’t talk straight away and I can’t understand what she wants. Mostly though we just keep going on. We’re lucky that we’re more financially secure now we’re in our 50s so I can work three days a week as a carpenter and be home on the other days. I’m happy to adapt to what she needs and I just try to create a nice home environment for us and our 12 year old son.

Anna found support for me as a carer through our GP surgery. I wouldn’t have identified as a carer if she hadn’t done that. You just do these things. Who else would do it? It’s nice that there are people out there who look out for carers.

As well as carpentry I’m an artist. Painting takes me out of myself and my situation. Art makes you see things for what they are. When you’re doing art you’re looking at something, but you can’t get lost in the detail – you need to keep your eye on the big picture. I try to do the same with Anna’s illness and our situation. You look after someone because you’re fond of them. You just keep on keeping on. 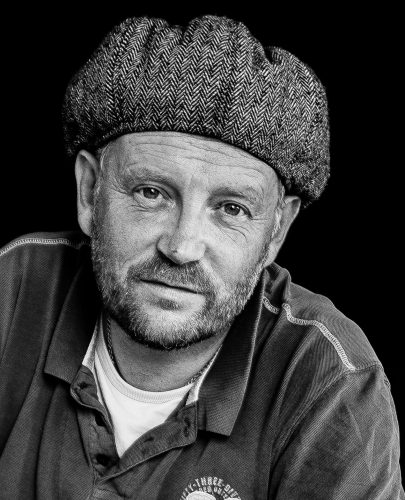